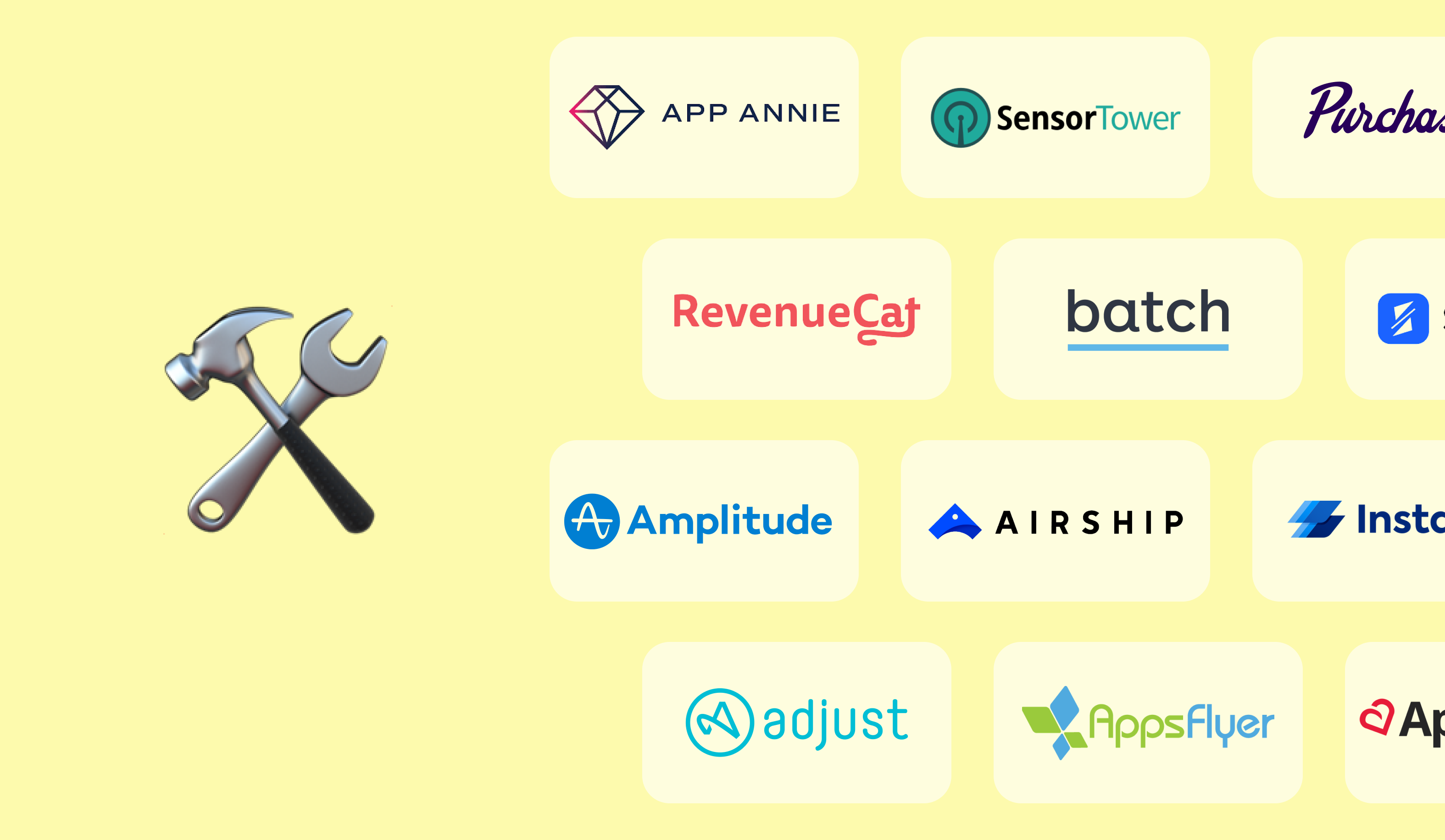 This is an extract from Alexandre's Overlooked newsletter

With Clément, we created the toolstack used by mobile apps builders to set up, run and grow their applications. We talked with mobile app founders and crawled the internet to identify 60+ providers and 6 trends.

You need to have the right toolstack as a mobile developer because there is a strong competition on mobile app stores and the prize pool has never been as high as it is today.

Mapping The Toolstack for Mobile Apps

Initially, we wanted to create a mapping of all the tools that were only used by developers on subscription-based mobile apps. Along the way, we discovered that only subscription management platforms such as RevenueCat or Purchasely were solely used by these apps, all the other tools we invastiagted were used by all the other mobile apps builders (e.g. analytics, attribution, market intelligence etc).

We divided our mapping into four main sections:

Note that we focused mostly on mobile apps. We neither included marketing campaign tools (e.g. AppLovin, social media ad networks, Apple and Unity ad networks etc.) or tools that were not mobile first (e.g. Intercom and Zendesk which are both used for customer support or Optimizely used for A/B testing). You can access a more exhaustive list via this Airtable's link. If you want to be added in this mapping, you can send me an email at ade@idinvest.com.

We have also identified 6 trends worth sharing about the tools used by mobile apps.

The best companies in our mapping have been able to design and capture their category (AppAnnie for market intelligence, Adjust for attribution, Amplitude for analytics, RevenueCat for subscription management).

It's a general learning in entrepreneurship which is perfectly highlighted in Play Bigger. Your product and your company don't evolve in a vacuum. If you don't build the framework of the category, someone else will build it for you at your expense. Category building is a way to position yourself instead of being positioned. You should not try to sell a better alternative than existing solutions but you should try to sell a differentiated value proposition. Customers don't come for a better solution but they come to discover a new point of view on the world and to adhere to the emergence of a new category. If you succeed in designing and owning your own category, you will capture the largest market share and profit share.

Apple and Google are obviously eminent stakeholders in this ecosystem as they own the two main mobile app stores, they fix the rules and have developed their own tools. For instance, Apple uses Swift as a programming language, TestFlight to test applications in closed beta, Analytics for basic analytics, Apple Search ads to drive app discovery etc. Apple and Google are both stakeholders and regulator of the mobile app ecosystem.

It means that all the third party tools are always at risk to become irrelevant if Apple or Google changes some rules on their stores.

At the same time, every major rule’s change creates an opportunity for new players to jump in and build a better suited solution. I won’t be surprised to see a new wave of tools that help mobile apps to manage advertising in a post-IDFA world based on other marketing principles like incrementality (e.g. Incrmntal) or on stronger modelling capabilities.

Trend n°3 - At What Size Should You Stop Using Third Party Tools?

While discussing with mobile app developers, we discovered that after a certain threshold in revenues or users, large app developers internalise some segments of their tool-stack to have custom made solutions and a greater flexibility to test new ideas on their product.

Moreover, some tool makers have even expanded their activity into publishing by using their internal tech stack as a differentiator to become a successful app publisher. AppLovin is probably the best example. The company started as a mobile app marketing platform and has launched a successful gaming publishing platform called Lion Studio.

It's no longer uncommon to hear about entrepreneurs who launched the 1st iteration of their mobile app in less than 2 weeks. Modern mobile app developers focus only on product design and development. Anything else can be externalised to third party services. You will use Firebase as a cloud service, Revenue Cat to set up in app-payments, Amplitude for analytics and Fastlane to publish your app on mobile stores. Moreover, most of these tools have a freemium model enabling you to be live with your app for almost no cost.

When you dig into different mobile app stacks, we discovered that mobile app developers use both mobile-first tools (e.g. RevenueCat for in app purchases, AppAnnie for market insights) as well as multi-platform tools (e.g. Optimizely for A/B testing, Intercom for customer feedbacks). It's not always straightforward to go from mobile to other platforms and vice versa. It means that there is an opportunity for new tools in categories that are not dominated by mobile first players.

The mobile app toolstack ecosystem is also evolving with new technological trends. I will just give you two examples: 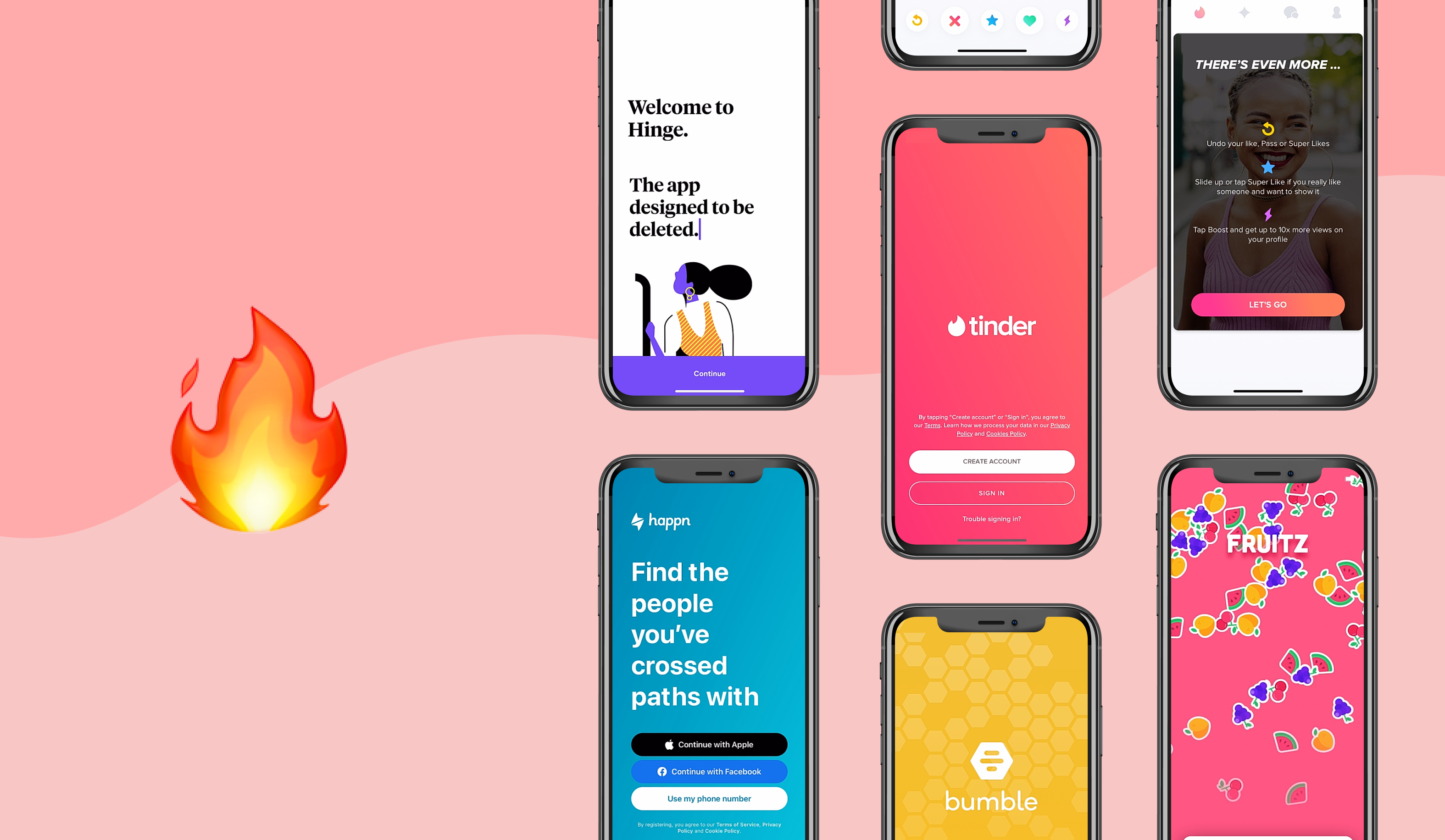 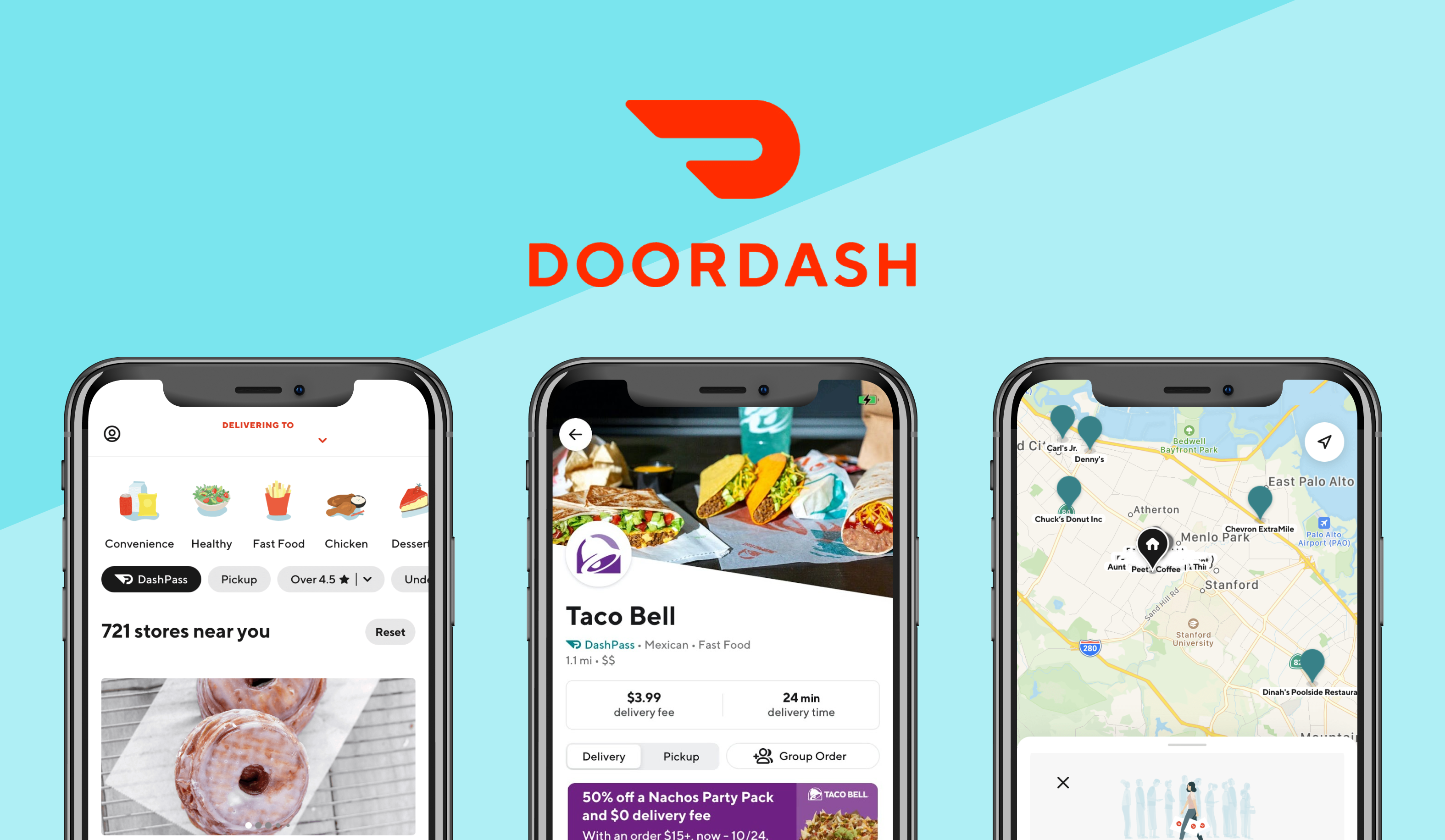 A deep-dive into DoorDash app: search, discounts and balance between use cases